Rate the above track - Fun game

no one rated the track above but we can give it another try with this track: Quirk - Ping https://www.youtube.com/watch?v=wOeKVmyNivA 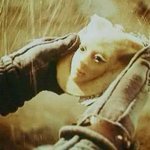 Nice soundscapes, indeed, with stomping rhythms. Solid material. A/A If i had though to accompany the music with an image theme, that would be with something futuristic & adventurous.   https:/