Anybody knows what's the deal with Sixsense? 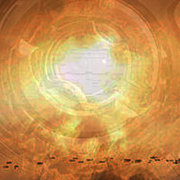 By yerg
September 9, 2019 in General Psytrance